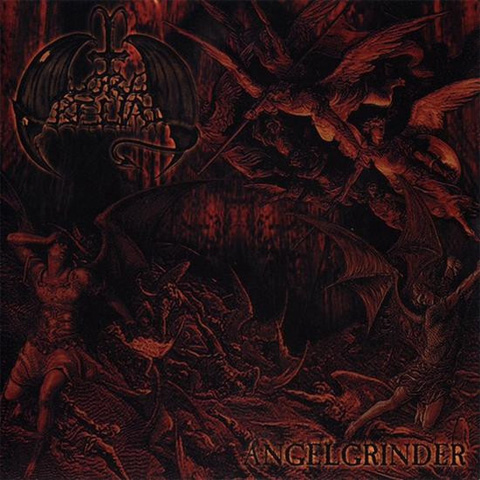 In September 2001 Lord Belial entered the Los Angered Recording Studio to record their fourth album Angelgrinder. The product of their efforts is a well-balanced album, which contains high quality songs. This album is furious and aggressive, the way black metal is supposed to be. Beside that they havent forgotten about the melody and atmosphere. I give my compliment to Lord Belial, for the way they combined fury with melody. One of the songs recorded during this session was deleted by the label, No Fashion records. The track was called Purify Sweden and was later released as a picture disc 7 on another label. Lord Belial achieved musical maturity through Angelgrinder. The third track, Satan Divine is a re-recorded song from their first album Kiss The Goat (1995).