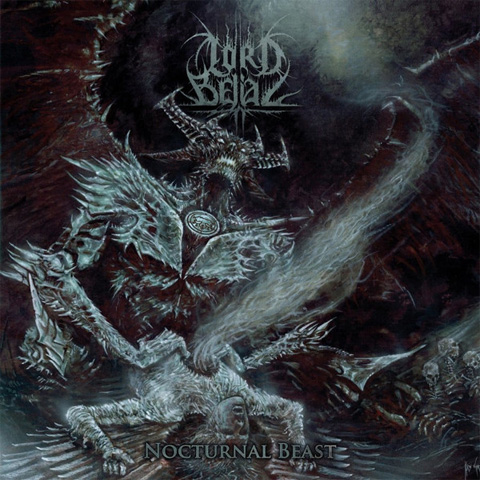 At first listen, it certainly seems as though the contract that Lord Belial entered into with their namesake is finally starting to pay dividends. The sixth studio album ‘ Nocturnal Beast’ is as much a surprise release as it is a crucial lifeline for the band. Gone is the relentless and, more often than not, blasting. Tossed out the window alongside that are the quasi-classical flourishes that really hit their overwrought pinnacle on Lord Belial’s last album ‘The Seal Of Belial’. Instead, ‘Insufferable Rituals’ and ‘Fleshbound’ slow things down to a brooding simmer, showing off a dark, foreboding side of the band that prior to this effort was very rarely let out for air. The results are stunning and it feels as ‘Nocturnal Beast’ is a rebirth of sorts for the band and definitely a direction which one would hope is not just a one-off bout of casual experimentation.