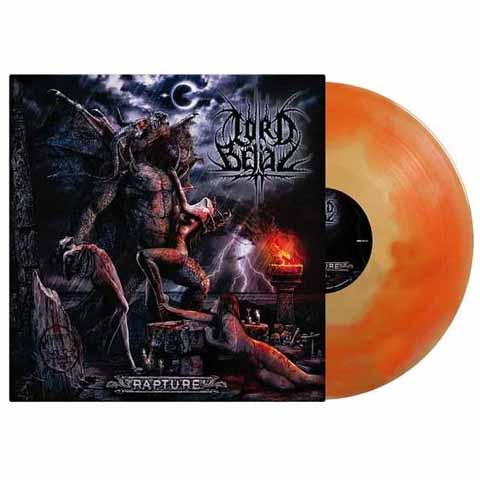 Lord Belial is a Swedish Black Metal band that was formed during the second wave of Black Metal in Europe in 1992. Their first album “Kiss the Goat” came out in 1995, somewhat late during the second-wave, but they had already released a couple of demos before. During the years following their debut album Lord Belial has released 8 more studio albums and has been both active and on hold for some of these 30 years of existence. The sound of their albums has varied from more pure Black Metal to a more Death Metal influenced approach, but always had strong melodies as a trademark. Within the scene “Enter the Moonligh Gate”, “Unholy Crusade” and “Nocturnal Beast” are seen as absolute timeless classics… Their last studio album dates back to 2008, being “The Black Curse”, after which Lord Belial remained active as a live band, but was put on hold in 2015. In 2020 Lord Belial decided to reform and in 2021 recorded “Rapture”, their 9th studio album and their most mature record to date, recorded by Andy LaRoque (of King Diamond/Death fame) in the Sonic Train Studios in Varberg, Sweden. On the recording Andy commented: “It was 17 years ago since I last worked with Lord Belial. I was very happy when they asked me to co-operate with them again and it seemed the band was supercharged to do this new album. The songs and performances are just great, and we found a sound that was raw and brutal, yet detailed and dynamic. I would say it is one of their best albums so far, a very inspiring one.” We dare say that Lord Belial has matured to a powerhouse and delivered a convincing comeback album that will appeal to all fans of Swedish Black Metal, but also people has lean more towards Death Metal and kill for haunting melodies. The variation is the strongest point of “Rapture”, going from epic doomy atmospheric songs to fast and furious blackened attacks, making it a full album experience for sure.