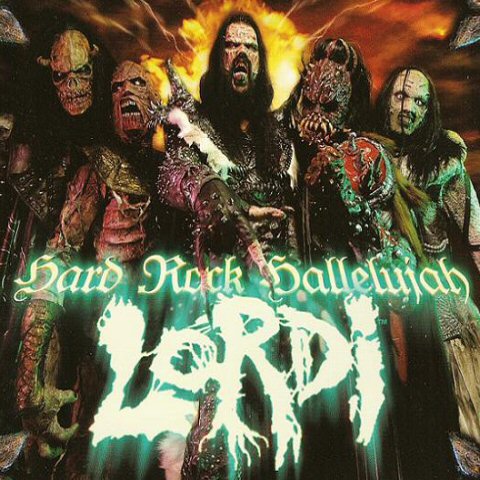 Hard Rock Hallelujah is the song, which Lordi won the 2006 Eurovision Song Contest with 292 points. It was also Finlands first placement in the top five. It was voted as the most popular Finnish Eurovision entry in the forty years the country has participated. It held the record for most points until it was beaten by Fairytale by Alexander Rybak of Norway with 387 points three years later when the scoring method changed. Hard Rock Hallelujah was also released as a single in 2006, reaching the #1 spot in Finland and also peaking in the UK Top 40 at #25. On 26 May 2006, the Finns broke a world record for karaoke songs, when about 80,000 people sang Hard Rock Hallelujah on Helsinkis Market Square.