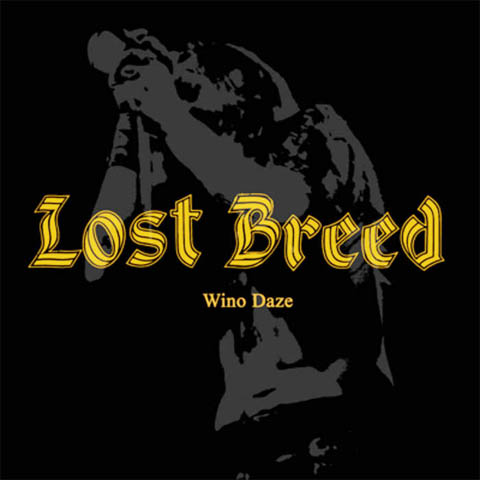 Lost Breed may have gone on to achieve low level success with the excellent but short lived Hellhound Records label in the 90s but they remain little more than a footnote in the expansive career of the mighty Wino who joined the band for a mere 9 months at the tail end of the 80s whilst on a break from Saint Vitus duties. Now, however, we can get to hear these early recordings and its immediately apparent that something pretty awesome was happening when these guys played in a room together. Less overtly doom laden than much of Winos work, this draws heavily on 80s metal albeit with a healthy nod towards the likes of Sabbath and Witchfinder General. This was ostensibly a demo recorded by the line-up but you would never guess from the quality, having been produced at a time when demos notoriously sounded like they were either recorded with a microphone buried inside a mattress or with a microphone stuck in a metal bucket. Musically these six tracks are a very fine representation of the harder end of 80s metal bursting with fat and juicy riffs and a nice sense of dynamics such as the acoustic undertow of the epic self referencing Lost Breed or the harder rocking opener, Nation Song. Guitarist Eric Baestline proves himself to be something of a lost treasure as he displays a deft touch and tastefulness in his playing that owes more to Randy Rhoads and Tony Iommi than to the crop of showboating shredders that appeared at the time. However you look at it though, regardless of the quality of the musicianship or just how damn fine these songs are, the real draw is going to be the inclusion of Wino. It has to be said, the man himself is in spectacular form here, his voice sounding rich and commanding and his delivery is powerful and brimming with energy. His rough hewn tones are the perfect match to the music giving things a dirty edge that would have been ruined with a mere Bruce Dickinson clone or something similar. Wino returned to Saint Vitus but listening to this its impossible not to think how far Lost Breed may have progressed had he remained on board, especially as it sounds as though he has a real affinity and passion for the material on offer here. It is perhaps a little sad that this record is going to be of interest to most people due to Winos involvement as this is a fine piece of work in its own right and, despite his undeniable presence, should be seen as just thats a band creating a great record regardless of who is involved. Numbers of this vinyl are very limited so a few lucky souls will get to revel in Lost Breeds vintage glory so dont be hanging about, grab it before they end up on some Wino completists shelves gathering dust