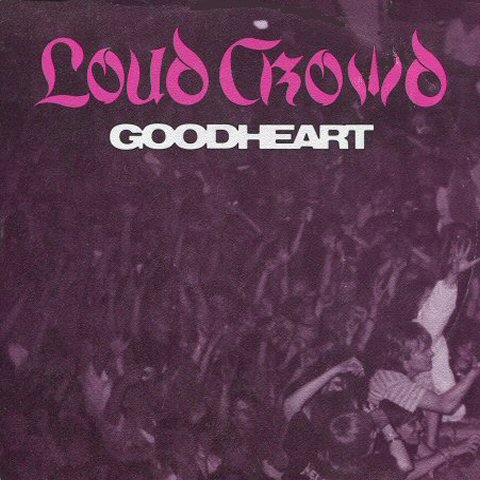 Finnish metal act Loud Crowd was founded in Viiala back in 1986. They released their debut single Goodheart the following year. Their first single was a private pressed affair only made in 300 copies. This single was enough to land them a record deal with the Finnish based Poko records who released Goodheart as a single again with new cover artwork and a different B-side (changing Revenge Doesnt Care against Carry On and exclusive none album track). Their one and only full length album Guardians was released in 1988. The album didnt take off in their home country and the band started to struggle to get anywhere. They lost their record deal and it would take some time before they managed to convince a new label. This time it was the even smaller label Kane records (a label that grew out of Kane record shop in Turku. The shop was established in 1976 by Reijo Kanerva and it went out of business in 2011). The band started to record a second album and the first taster was their 1990 single Storm Wind. The band however folded before they had finish the recording of the second album and the two tracks on the last single are exclusive even to this date (Poko records released a remastered cd edition of Guardians in 2006 where they included Carry On. However due to copyright issues they couldnt ad the two tracks from the Storm Wind single). Loud Crowd became one of the most collected Finnish bands abroad and their drummer Mirka Rantanen is still around playing in such bands as Warmen, Tunnelvision, Thunderstone and also on solo albums by Stratovarius members Timo Kotipelto and Kotipelto. If you havent heard this band then I highly recommend it as its a nice speed power outfit sounding like Phantom, Malice or even a less polished Fifth Angel.