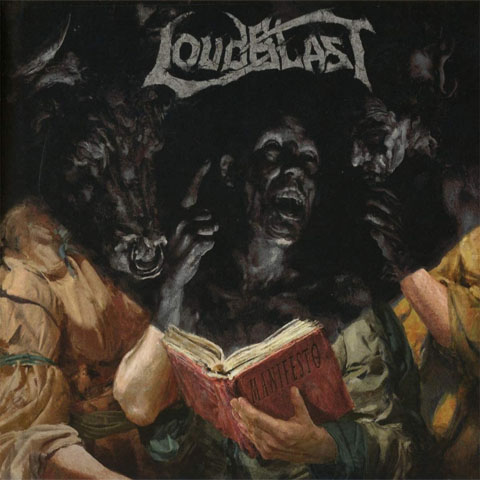 Manifesto is Loudblast grand return. This band have been death metal vets and torchbearers in France and Europe. By all accounts, 35 year career for a music artist is quite of an achievement, notably for an extreme metal band travelling through all the evolutions as regards to music consumption and business in general, and who still sound undeniably as fierce, powerful and more ferocious than ever. Following 2014 Burial Ground, the album Manifesto is an immediate death metal crusher, permeated with a straight for killing feel while still delivering enough subtle thriving groove to strike deadlier and enhancing that original old school head banging death metal powerful trademark.L Manifesto are pushing barriers further, adding massive twisted robust riffage and also vibrant unpolished yet refined arrangements.

Track list:
1. Todestrieb
2. Relentless Horror
3. Erasing Reality
4. The Promethean Fire
5. Preaching Spiritual Infirmity
6. Invoking To Justify
7. Festering Pyre
8. Into The Greatest Of Unknowns
9. Solace In Hell
10. Infamy Be To You
11. It Hides Until It Feeds
12. Shine
13. Lamentations Of The Gods