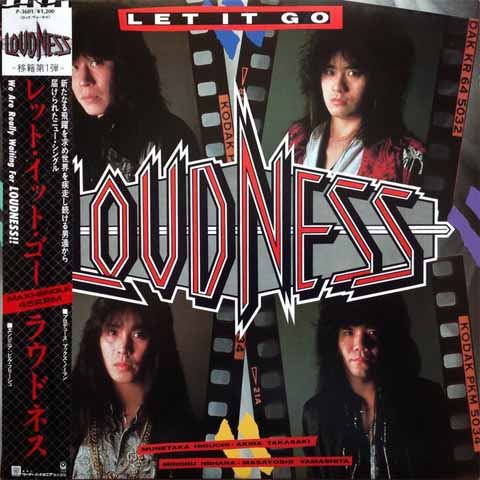 The 1985 album Thunder In The East may have introduced Japanese metalheads Loudness to America, but Lightning Strikes was the album that introduced America to Loudness. Their first album conceived specifically for the U.S. market, Lightning Strikes was overseen by veteran metal producer Max Norman (Ozzy Osbourne, Megadeth), who helped the band incorporate more commercial elements into their classic metal sound for the first time. In fact, except for a few badly translated lyrics (vocalist Minoru Niihara had only recently crash-coursed his way toward an admirable command of the English language), the band’s transformation is a resounding success. And thanks to the phenomenal guitar acrobatics of the ever-reliable Akira Takasaki, Lightning Strikes rates as one of Loudness’ best albums. The made-to-order first single Let It Go may sound a little forced, but heavier offerings like Dark Desire could sit quite comfortably alongside much of the band’s best early material. The single also includes the instrumental track Farewell that cant be found on Lightning Strikes