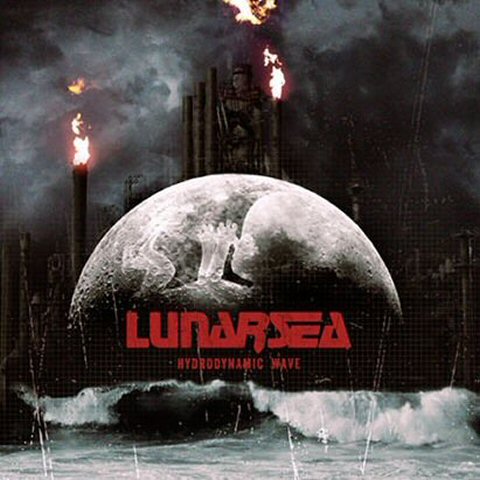 Italian quintet Lunarseas debut, Hydrodinamic Wave, is a fairly decent and fresh, though not entirely innovative, take on one of metal’s most polemic genres: melodic death metal. Lunarseas melodeath has some power metal influence as well as a little tiny bit of American Metalcore. This might seem as a bad thing to some, but actually it works out quite nicely, making their music more original in a fairly saturated genre as melodic death metal is. They have a sound of their own, and that’s a feature most melodeath bands can’t claim to have. Hydrodinamic Wave has two poker-faced elements that will either turn on or off metalheads alike. The first thing is the clean vocals, heavily used here. They’re kind of middle ground between modern metalcore clear ones and European power metal delivery. The second element is the prominent use of keyboards, though for me this is actually a highlight of this band’s music, for they’re used quite diversely, sometimes providing a lush atmospheric background for the other instruments, whilst other times they’re right there at the forefront of the composition, leading the others, without them becoming pure keyboard-wankery. The use and diversity of the keyboards reminds me of Amorphis, though a bit less excellent. The raspy harsh vocals and the triggered drums feel kind of week, but that’s mostly the fault of the production here, which is a bit thin. If you want to listen what this band really should sound like grab their second album, which has a much better production. You’ll hear that Daniele Biogiatti’s vocals are actually way meatier than what they seem in Hydrodinamic Wave. As for the drums, they also provide their share of quality and contribute to make this record a fine example of European melodeath done right, varying between decently fast blast-beats and power metal-like double bass, to patterns of triplets and simple 4/4 rhythms. So if you feel a bit disappointed in the latest Dark Tranquillity’s outputs, grab this one and enjoy riding a decent wave of melodeath. The ride will be pleasurable and it probably will leave you craving for a second one. You might also like to check the band’s second release as well.