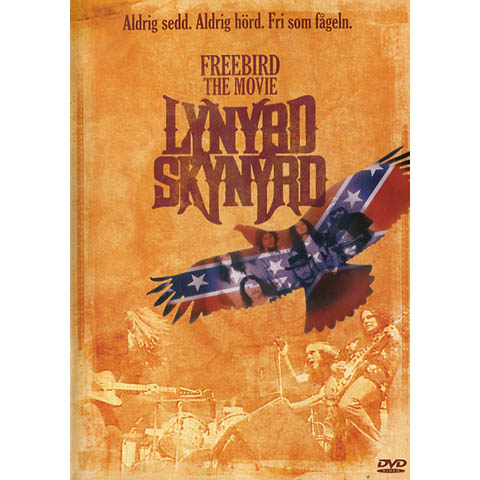 Even though they recorded only for four short years, the original Lynyrd Skynyrd left behind some of rock n rolls most enduring classics. Go back in time and experience the band’s true spirit, raw power and three-guitar attack in blistering live performances, revealing interviews, rare photos and home movies. Freebird The Movie isnt a movie about the band or a complete live concert but what you get is some incredible video material of the band in various concerts from dates in 1976 to 1977 together with other rare material. Most of the material is from an Open Air Rock show that Skynyrd played in England. While most of the tape is in colour, there are some parts that are in black and white, believe it or not that does not really detract from this film. There are interviews with band members (live and dead) family and friends between most of the songs. While this tape does not tell the history of Lynyrd Skynyrd the band or the terrible accident that happened to them on that October day 1977 it does catch them in all their splendour, both tragic and glorious all at once. There is indoor BW footage taken from New Jersey and from San Francisco, CA. The outdoor open air footage from England and from A Day On The Green in Oakland, CA is wonderful, flawless footage with spectacular sound. The segment from Oakland was filmed only 2 months before the crash, it will make you cry…be warned.