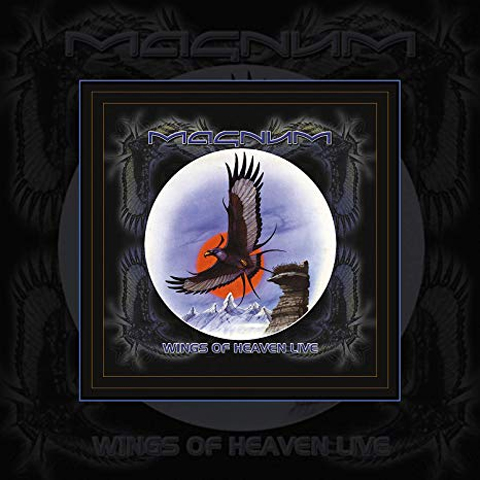 Magnum came to the wider public’s attention on the release of the studio album Wings Of Heaven (do you remember them on Top Of The Pops?). When I first heard that the band was going to do a 20th anniversary tour of that album and play the whole record live I was mega chuffed. The boys from Birmingham don’t disappoint. That means that the song Different Worlds was supposed to be played live for the very first time as it never was played by the band on the original Wings of Heaven tour in 1988. This massive live set opens with a mix of old and new tracks. The band do sound really good, a lot tighter and the production is top class as with most live albums these days. I do like the way how Magnum have made the older material sound fresh, as they have been doing for some time now. When the band starts to perform Wings Of Heaven from start to finish it really goes into overdrive. Catley and Clarkin do get better with age!! Wild Swan is amazing but Don’t Wake The Lion is mind blowing. I thought Must Have Been Love and Different Worlds would not translate as well on the live stage but I was wrong. And then it ends with Sacred Hour. This is highly recommended for fans of melodic rock. A great purchase from one of Britain’s unsung bands who deserved more. When you hear this album you’ll understand why!