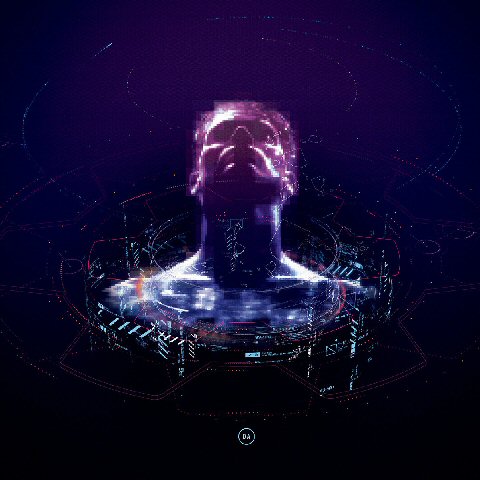 We have no future because our present is too volatile. We have only risk management. The spinning of the given moment’s scenarios. Pattern recognition.

Syncro is the third EP in Makeup And Vanity Sets Neuromancer series completed by Wavehymnal (2016) and Chrome (2017). With this trilogy, the Nashville musician Matthew Pusti have brought a very Jarresque and cautiously optimistic conclusion to the diegesis. The Syncro album oozes a pleasingly pulsating, alter-dimensional arpeggio of evocative 8-bits. In its established decorum of mollifying melodies and striking kick drums, MAVS scintillating sequences are served to the masses in a satisfyingly wide range of samplers, synthesizers, and handclaps. Having started producing in the late 90s on PCs and giant Rolands, MAVS has since moved into working with mod trackers on a multitude of film scores and said inspired works. In recent years, Mr Pusti has moved from his integral role in the U.S.’s early electro scene to an under the radar pioneer of the ever-expanding, retro-tinged synthwave scene of Nashville, Tennessee. He’s garnered immense support beginning with both of his 8-bit remixes for The Protomen and his dark-wave, 80s slasher-film inspired Charles Park Trilogy. Presently, he is continuing to pave the way for the retro-inclined. His most recent release, an eight-track EP Syncro, is a marriage of his pursued styles — both the desolate and optimistic — and perfectly re-imagines the electronic music of the past.