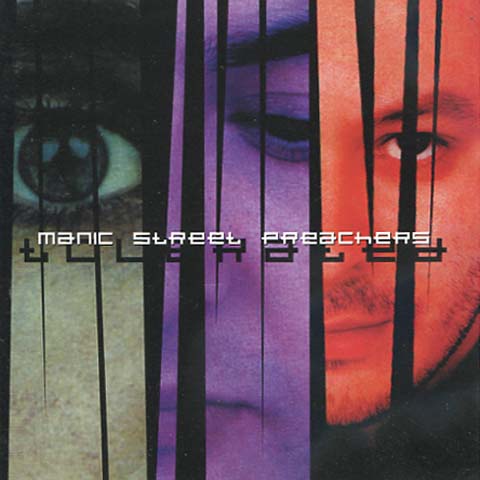 Welsh rock act Manic Street Preachers achieved commercial success with the albums Everything Must Go (1996) and This Is My Truth Tell Me Yours (1998). The tour for the This Is My Truth Tell Me Yours officially started on the 28th of August in 1998 at the Ulster Hall in Belfast but before the tour started the band performed one secret gig at Rockmagasinet in Christiania, Copenhagen, Denmark on the 20th of August where this album was recorded. Why the band decided to do this secret gig in Denmark is some sort of mystery. Their first unequivocal hit Everything Must Go, a song citing Blackpool’s seafront and the plight of the British working class, failed to land with the same success in Denmark. This mammoth selling album barely raised an eyebrow in Denmark. So its more likely that the bohemic town of Christiania had found its way to the hearts of the members in the band for other reasons. Manic Street Preachers would however win over the Danes with their new This Is My Truth Tell Me Yours album, however when this secret gig were performed that album hadnt been released yet. The band decides to open the show with two new tracks then pull out that ace from their sleeve that was Everything Must Go, which I said wasnt a hit in Denmark, so the band really has a hard time to get that crowd going. So much would change within the next months for this band but this night in Denmark it was hard to believe that this band would go on and sell out Wembley in just a few months time. But this isnt by far a band concert. The band is at the beginning of a new tour and are filled with lust and joy to perform live again. Classics such as La Tristesse Durera and Motown Junk rattles with their brilliance, are mixed with more tracks from their coming album You Stole The Sun From My Heart, Kevin Carter, S.Y.M.M. and Tsunami. And the absolute, matchless peak of gleeful, demented brilliance that this gig had to offer came towards the end with You Love Us and ending with Design For Life, their stratospheric anthem. So even if half of the set was made up of, at the time, unknown tracks most people still left the gig feeling immensely uplifted and full of joy. A feeling so well know in Christiania and this time it had been sound illustrated by an earth-shattering club gig.