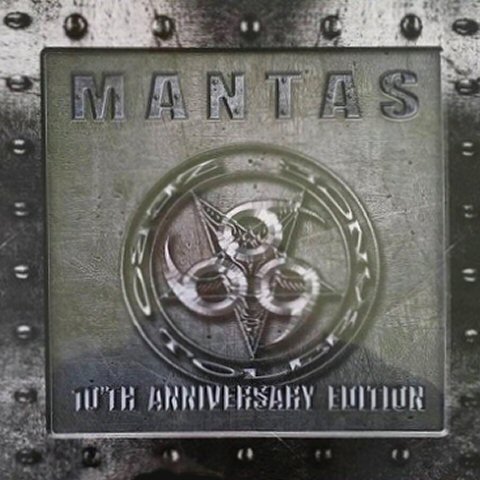 Venom guitarist Mantas released his first solo album called Winds Of Change in 1988. It was a far cry from his black metal Venom sound and it was surprisingly melodic and keyboard filled. When he returned with his second album Zero Tolerance he shocked us again. Zero Tolerance doesnt sound like his first solo album or like his early Venom years, what we have here is a whole new Mantas. Zero Tolerance sounds like a mix between Fear Factory and Ministry. Yes its a very industrial organization to its sound. Heavy bass with guitars following the drums in a rhythmic pattern that kind of sounds like machinery punching into your cranium. Unfortunately, very few guitar solos are present in the music. This was definitely an album born out of anger and frustration plus an overwhelming desire to create something ultra heavy and a little bit different. Most of the songs sound very similar to each other with heavy duel guitar riffs that follow a very steady drumming pattern. Add the harsh vocals in the mix with either no chorus (Zero Tolerance) or a very simplified chorus (Rage, Drill, Kill It) and you have yourself a song. Even with downfalls as these the element that makes this album work so damn well is the extreme, and I say extreme in the most extreme way possible, volcanic anger explosions that spews through the lyrics and music like hot lava to devour the listener. This album is so in your face with power and anger and for that i am completely in awe of what Mantas pulled across with Zero Tolerance. He did exactly what he wanted.

Drill! Kill it! I’ve got less tolerance than ever for those sods who don’t understand our music!