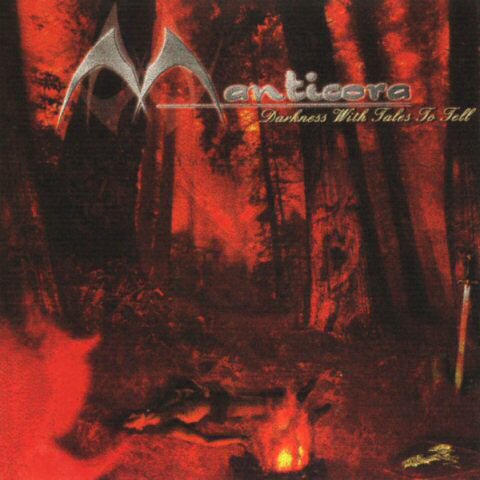 The second full length from Denmarks Manticora is an impressive, beautiful and epic release. Any old-school metal fans should also take notice as it is pure riffage. In general Power Metal, a line divides two separate styles of playing – one where fast-paced , single-string guitar playing is key, and one where thrashy riffs make the rule. There are exceptions, of course, but in general most bands fall solidly in one of those camps. Manticora straddles the line, and does so with style. There’s is a lot of fast-paced guitar playing, but their songs are also brimming with the thrashiest riffs on Planet Earth. The extremely fast drumming of Mads Volf is a trademark of Manticora, as is the equally fast guitar playing from Kristian H. Larsen. THE most distinctive member of the band is vocalist Lars F. Larsen though. His style is a bit odd – definitely a love him or hate him kind of vocalist. He’s not too concerned with variation as he sticks within the same range and tone nearly always. Instead he focuses on delivering his lines with as much power and intensity as he can muster. He has probably held the band back a bit, but let’s not forget how hugely important he is: he’s one of the main songwriting contributors along with Kristian and Volf and I think it’s pretty safe to say that no vocalist out there sounds like him, which gives Manticora a unique edge. Darkness With Tales To Tell is a good starting point if you’re looking to get into Manticora, as this is their catchiest and most melodic album, maybe even their most accessible one too (in strong competition with their debut), and definitely in their top 3. Rest assured: there’s not a dull moment to be found here. Tons of amazing melodies, lots of great guitar work, plenty of intensity, and a great attention for details. Check out the melodic leads and the infectious refrain in Dynasty of Fear, the thrashy riffs in Dragon’s Mist and the serene, passionate melodies in Critical Mass – just fantastic! Power metal often gets flamed for being a stale genre, a genre which constantly rehashes the same old formula over and over, never reinventing itself. Those who voice such complaints are listening to the wrong bands. Manticora is a band that goes against the grain, proving that there is still room for new and exciting ideas. Clearly, Manticora is and will remain one of the most talented and interesting bands in power metal today. Give them a shot – you won’t regret it.

Track listing:
1. From Far Beyond-intro
2. The Chance Of Dying In A Dream
3. Dynasty Of Fear
4. Dragons Mist
5. Felice
6. The Nightfall War
7. The Puzzle
8. Critical Mass
9. Lost Souls
10. The Twilight Shadow
11. Shadows With Tales To Tell