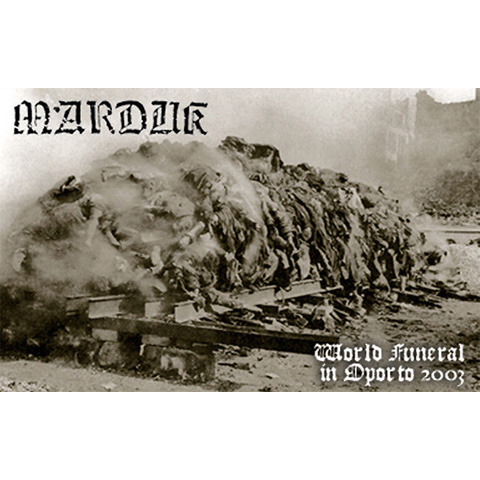 In 2003 Marduk did an extensive tour to support their eight studio album World Funeral. The European part of the tour featured Malevolent Creation and Immolation as support acts. This would be the final tour with the vocalist Legion who was with the band since 1995 and is still considered by many the best frontman Marduk ever had. This remarcable performance took place in the soon after extinct Hard Club, a venue like no other, with its rough ambiance, all made of stone and iron in the decadent riverside of Gaia, facing Oporto, Portugal on the 5th of May 2003. After Malevolent Creation and Immolation had performed the crowd really were overheated but it was when Marduk entered the stage that we finally could experience the evenings only black metal act. And the crowd literally goes crazy and the audience feels like just a huge sweating tide. To begin with, the Swedes offer us songs from the last album World Funeral. Then alternate older tracks (Obedience) and some classics (On Darken Wings), however favoring the very violent Panzer Division Marduk (Christraping Black Metal). The sound has become nickel and allows us to fully appreciate this powerful music. The group is in good shape, makeup as it should be. Legion still excites the crowd who does not need it. He even goes so far as to throw himself into it despite the roadie’s severe recommendations! After the show the crowd quietly exits, Legion kindly stays and signs autographs. Before the show there had been plenty of negative media which had criticized the bands of the evening but in the end the crowd where there to enjoy the music and there were no incidents to deplore.