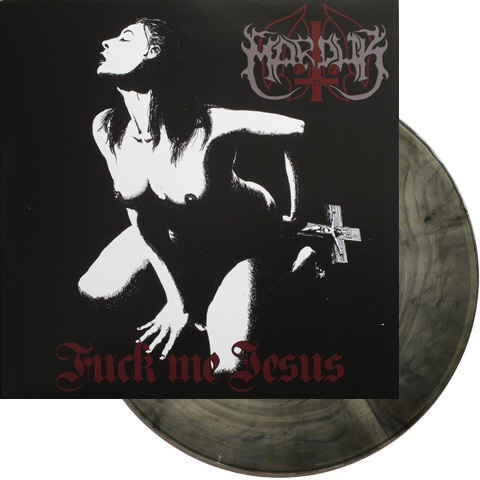 2019 edition on smokey vinyl with printed innersleeve and the Wolf and pentagram on the B-side. Limited 500 copies

Marduk was formed under the leadership of guitarist Morgan Steinmeyer Hakansson in 1990, with vocalist Andreas Axelsson, bassist Richard Kalm, and drummer Joakim Grave rounding out the line-up. They released their controversially first demo in June 1991 simply called Demo 1. This demo earned them a small cult following in the Scandinavian extreme metal scene. This demo line up recorded the first album, Dark Endless, for No Fashion Records. The band however felt unhappy with No Fashion and made a jump to the French Osmose Productions imprint in 1993. Osmose released this classic demo under the title Fuck Me Jesus as a cd single in April 1995 and has since then repressed it several times

Track listing:
1. Intro/Fuck Me Jesus
2. Departure From The Mortals
3. The Black
4. Within The Abyss
5. Outro/Shut Up And Suffer