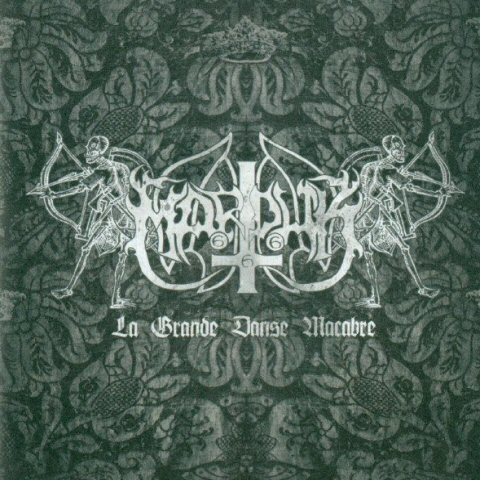 Quite simply, Marduk embodies everything that’s nasty and brutish about black metal. If Emperor, Immortal, Mayhem, and Cradle of Filth are the familial Don Corleones of the genre, Marduk could be their hired thug, a weapons specialist not afraid to get dirty hands while taking care of business. That being said, Marduk has unfortunately been a perennial second-tier outfit, although La Grande Danse Macabre, the band’s seventh full-length studio release, is its most accomplished and varied work to date. Those disappointed by the blastbeat overload of previous album Panzer Division Marduk will be pleasantly surprised to gander at the grotesque, club-footed cave beast that is La Grande Danse Macabre: A few grandiose song structures, plenty of tempo variations (blasting drums are still abundant, if not as prevalent), gleefully blasphemous lyrical exhortations, and a crisp, clean Abyss Studios production. Marduk knows how to wield its weaponry with succinct efficiency