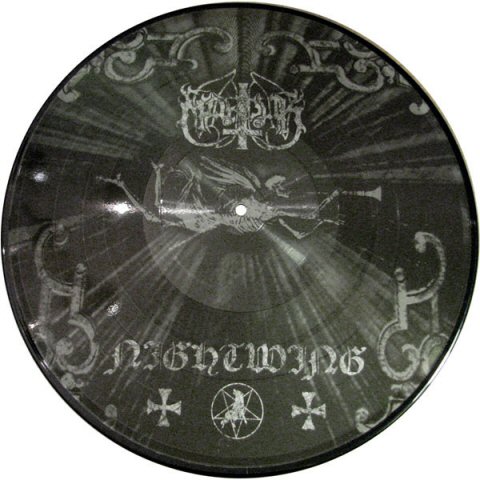 Marduk’s strength throughout their career has been their unwavering stubbornness. The long-standing Swedish outfit has released a steady stream of uncompromising records and EPs, each one holding fast to Marduk’s ideal: Spewing forth the ugliest, fastest, nastiest, most blasphemous music humanly possible. Their admirable goal is to invite the listener to take the blastbeat trail straight to Hell. Their fifth studio album Nightwing is a solid listen which offer an intriguing, strangely poetic journey into dark mythology and historical fiction about Vlad Dracul III The Impaler. That’s right, the real transylvanian nightmare and the inspiration for Bram Stokers character is now a brilliant vampiric concept album. However rather than dress the story up in juvenille erotica and fantasy like some pretentious UK acts that shall go nameless, Marduk address the far more gruesome truths of his story. And do so with a degree of intelligence that you would have thought impossible. Nightwing is a one of a kind album. The songwriting is as good as it can get, the lyrics are excellent and so is every single aspect of the music. It?s a black metal classic and the pinnacle of Marduk?s career to date. It?s a must-have, both for Marduk fans and for black metal fans in general. 2010 picture disc re-issue with different cover artwork