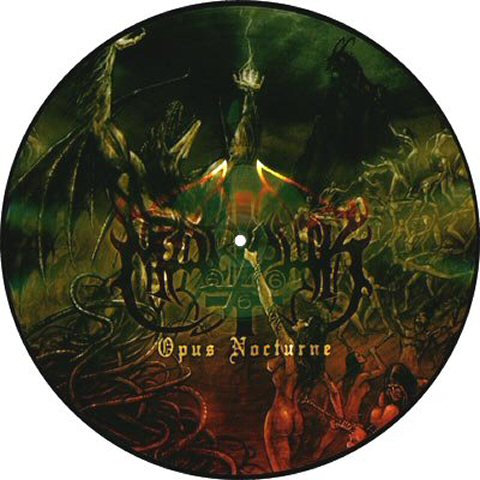 Marduks third album is consider by many to have been recorded at their golden age of creativeness, they were at the very top on Opus Nocturne. First you have the funeral-mood organ. Then the words “praise hail Satan!” followed by seemingly neverending blastbeats and doublekicks, and a very bad production compared to regular metal albums. In other words classic black metal when it’s at its best. Opus Nocturne is definitely not going to appeal to everyone out there, but those seeking True Black Metal should adorn their collection with this jewel.