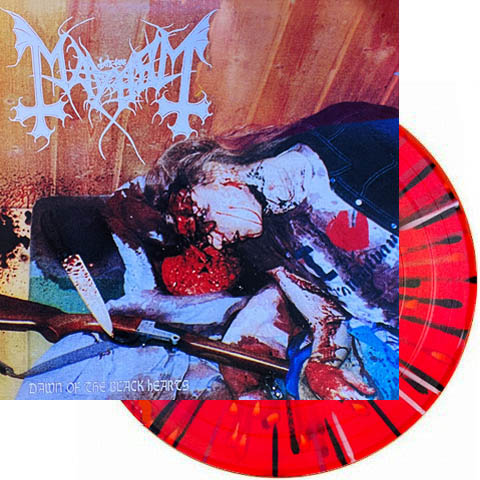 Dawn Of The Black Hearts is a terrific slab of legendary black metal with an incredible performance by Dead. The album features a live performance from Sarpsburg, Norway, 1990 is a real highlight and its as raw as it gets. However the songs played are mostly classics including Freezing Moon, Carnage, Funeral Fog and Pure Fucking Armageddon. The songs relentlessly slay listeners as the legendary line-up plays their instruments like they’re possessed. Dead’s vocals are so aggressive and work perfectly with Euronymous unique guitar playing. Hellhammers drumming isn’t as polished as what he does with the band today but it works to convey the atmosphere of the music, playing more primitively than the more mechanical sound that is found on newer albums like Chimera. If you are a black metal fanatic then getting this album is mandatory. It is a testament of Norwegian black metal in its prime that not only serves as great atmospheric music, but a part of black metal history as well. Without this album, there is a huge gap in your black metal collection.