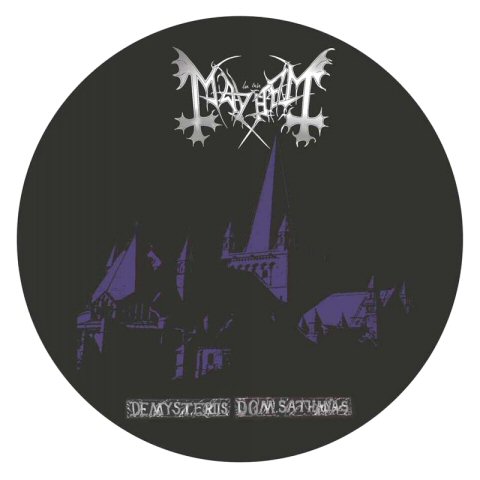 This album can be best described as cold black metal with hints of death metal (Those, mainly being on vocals in certain parts). After Dead’s suicide in 1991, Hungarian black metal vocalist Attila Csihar from Tormentor was invited to perform the vocals for this album. Despite his Hungarian accent that is sometimes noticeable, Attila is a great vocalist. Unlike most black metal vocalists, he incorporates much in his vocals. He growls, drones, grunts, screams, and even chants. His vocals are very interesting and are not of one single pitch or style like most black metal vocalists. The actual music is excellent. The album includes a lot of classics like the slow and heavy Freezing Moon and the fast and vicious Pagan Fears amongst many others. Overall, this is easily Mayhem’s greatest work and it’s just too unfortunate that such a line up that was present on here will never get the chance to work together again. It was very original for the time it was being produced, and influenced countless bands in black metal and metal in general. It was unique from anything released prior and still stands out in quality when compared to most that was released after. No black metal collection is complete without it.