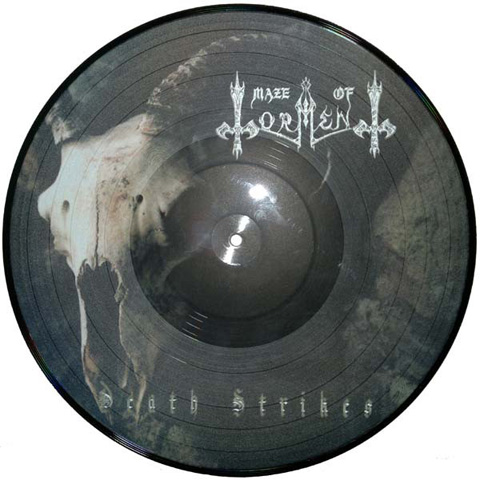 With the name Maze Of Torment you might expect a band that does some old Morbid Angel worshipping but instead this band performs a mix of thrash and death metal. Everything about the Death Strike album is speed as its super fast. It is almost as if each member is racing to get to the end of the song first. Every song on this album is full of fast pull-offs, blast beats, and plenty of rolling toms. The vocals are also delivered fast and unrelenting like everything else about this band. The songs are arranged with genius song structures that are incredibly technical but not over-technical; much easier to digest than most of the bands that over-play boring technical riffs that virtually take them nowhere. Maze Of Torment play incredibly fast songs with a surgeon’s precision and make the technicality of their music easy to swallow and have nice smoothly executed blisteringly fast songs. If you are interested in fast music then I would recommend getting this instead of anything else that has come out recently.