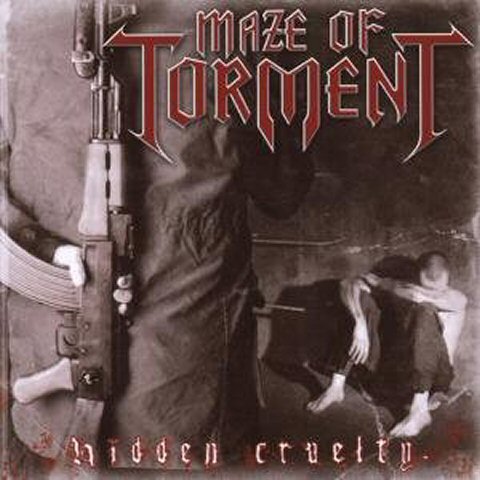 There’s a saying that when the going gets tough the tough gets going; Maze Of Torment have always had it kinda tough, having slogged it out in the B-League of Swedish Death Metal for the better part of a decade without ever attaining any degree of wide acknowledgement. For ‘Hidden Cruelty’ the band went on a rigorous Slayer-only diet, as the album sees the band ditching their former Death Metal trappings in favour of a full frontal American-style Thrash approach. Their previous outing (2005s ‘Hammers Of Mayhem’) was a strictly middle-of-the-road affair, but this new album of theirs is hands down the best thing they’ve ever done, the relentless Thrash affording their songs with a vital sense of urgency that was so lacking on previous albums. Listen to the opening track “Breach He Wall” and you will be blown away instantly (raspy screams, riffmania, less focus on boring blastbeats), and I have to say, however ironical it may sound, that this Slayer/Kreator worship has really given them a more unique identity. There is not a whole lot of variety between songs, and some of the slower songs do tend to lack direction but taken as a whole this album is a joy to behold – a no-nonsense Swedish Thrashfest that can at least match similar efforts by fellow Swedish Thrashers of yore like Cranium and Hypnosia.