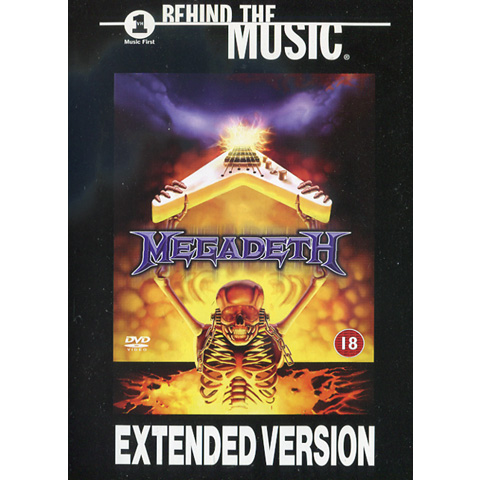 The Behind The Music documentary about Megadeth gives you an incredible insight into the life of Megadeth and especially front man Dave Mustaine. The documentary kicks off with Mustaines early childhood. Abused, trading sex against records, dealing drugs while doing it all at the age of 15 gives you a hint of a quite dysfunctional childhood. Then we move onto the Metallica days that we all know ended in tears and hatred against his past band members as well as an infected and internal war against Metallica that Dave would have for decades. Then we have the whole story of Megadeth from the beginning up to the the album, The World Needs A Hero. The story is very honest told by Dave and the rest of the bands past and present members. All though this dvd is aimed at Megadeth fans, fans of Metallica should really take a look at this documentary as well. Dave Mustaine comes across particularly well even when he talks about his high drug addictions and underlying anger problems. You will hear how he had put all his blood and sweat into making Megadeth a successful band, not just for outdoing Metallica but also for his own ego and passion. This is definitely an essential documentary to any Megadeth fan. The extras include the Moto Psycho music video, discography and extra interviews that cut from the final documentary.