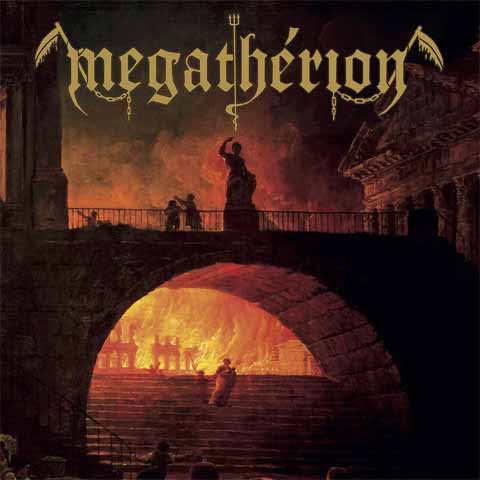 Megatherion is a new act coming directly from Germany’s awesome underground scene. In fact, the band is composed of Magma (bass) and Aethon (guitars), both well-known musicians from mighty Eurynomos plus Summanus (drums) and Carnivore (vocals). Carnivore was the original voice of Cruel Force. Megatherion is strongly influenced by classic bands such as Hellhammer, Celtic Frost, Bathory, Sodom, Bulldozer etc. This 5-track EP starts with an intro and before heading into the title tune Megatherion, which sounds really close to the aforementioned Swiss gods. The whole album is very consistent in terms of style, sounding and concept and its all about sounding old school.