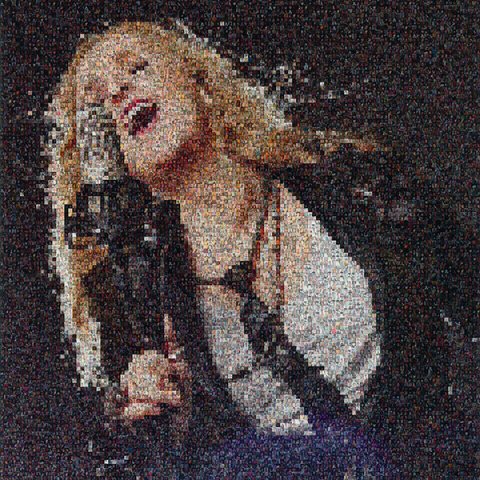 Punning title aside, This Is M.E. doesn’t necessarily play like an affirmation of Melissa Etheridge’s core strengths. Rather, this 2014 album — her 12th studio set — finds the veteran singer/songwriter stretching her legs, trying a lot of different sounds, all with the assistance of a diverse cast of collaborators. While Jerrod Bettis, a writer who previously worked with Adele and Gavin DeGraw, might seem like an easy fit, the big surprise is that Etheridge chooses to work with several R&B producers and songwriters, including Roccstar, Jon Levine, and Jerry Wonder. The difference is immediately apparent from the beginning of This Is M.E., as it opens with the wall of sound of “I Won’t Be Alone Tonight,” a surging piece of AAA pop that does play a bit like Adele spliced with Roccstar. This isn’t the only tactic she takes on the album — “Monster” is a bit of thick, swampy rock n roll that offers a welcome jolt of grit halfway through the album — but it does indicate that This Is M.E. belongs to the small group of Etheridge albums emphasizing arena rock over roots rock. It’s livelier than the often torpid 2010 effort Fearless Love but its variety can lead to the occasional pitfall, including cuts that push the R&B angle a little too hard and songs that find her chasing after the big-footed stomp of Mumford & Sons. Nevertheless, there’s something appealing in hearing Etheridge try a number of new sounds: not everything fits but the restlessness is admirable.