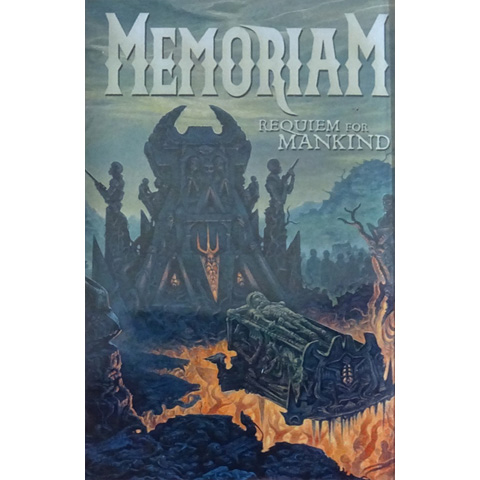 Requiem For Mankind is the ex-Benediction and Bolt Thrower members act Memoriam’s third effort and they’ve definitely refined their sound. I’d venture to say that this might be their best effort yet. While I love their first and second albums, this one is full of some great twists and turns that make them unique in their genre. Karl Willet’s vocals are the best ever, with his unique roar putting all those annoying metal screamers and shouters to shame. His vocals compliment the music instead of obliterate it. While I never listen to the lyrics, the vocals can make or break a band, regardless of whether they’re clean or harsh. Karl just has a voice that works, plain and simple. As for the music, the three non-vocalists come in like lions and surprisingly, go out like lambs, sort of, with the very intriguing and outstanding instrumental track Interment. It’s a great top off for the heavy music of the other tracks. Their is a saying that goes; “three times is a charm”, this album proves it. It rocks