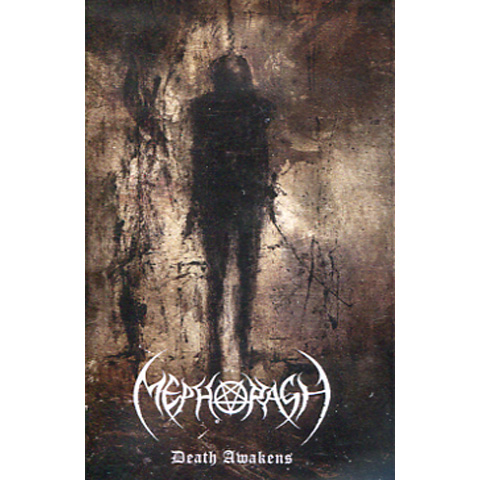 This band is billed as death black, but I don’t hear a lot of Death in it. Mephorash from Uppsala, Sweden make the rookie mistake of starting their album with a three-minute ambient intro that will bore the ever living fuck out of you, but then they get down to the meat. This is very riff-oriented and stripped-down black metal that recalls the early works of Gorgoroth or Marduk with its low-fi aesthetic and sometimes frenetic speed. The music is solid, what there is of it, because at the end of the album Mephorash choose to bore you even more with another atmospheric/acoustic track, only this one goes on for almost seven freaking minutes. So on a 33-minute album we have about 23 minutes of real music and ten full minutes of bullshit to pad it out. When this band just plays black metal they sound good so to bad that they had to fill up the playing time with lots of ambient tosh.