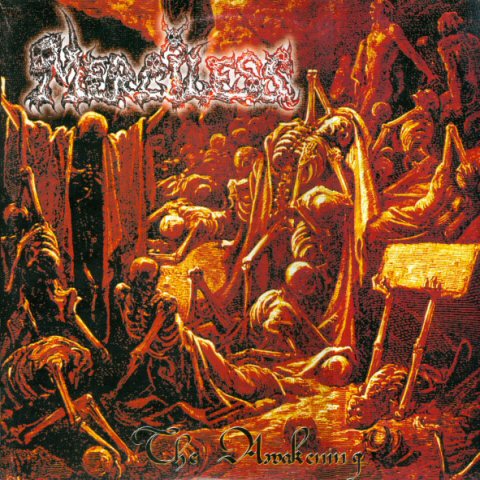 One of the first underground death thrash outfits to rise from Sweden, Merciless are also the first band to sign on the underground record label Deathlike Silence owned by Euronymous of Mayhem fame with their first full length The Awakening (Anti-Mosh 01). This debut is one of those albums that have earned the cult status. It’s a vicious, unrelenting, over the top aggressive masterpiece of razor sharp riffing; pummeling, frantic, phrenetic drumming and a voice possessed by demonic terror. It’s enthusiastic, violent, and often hellish. The raw production only adds to the nastiness of the compositions and it’s got this fantastic crazed atmosphere yet to be matched. It’s an anomaly in that death metal freaks, as well as black metal extremists and even thrash purists can and should get into. It’s an instantly classic from the moment Pure Hate devours you alive to the last second of Denied Birth. The songs are as addictive as they are pulverizing. As catchy as they are vicious and it’s brilliant! Do yourself a favour, track this down, you MUST own this record! Absolutely perfect violent, rancorous metal! This debut was recorded in the summer of 1989 but originally released by Deathlike Silence Productions, on vinyl only, in February 1990.