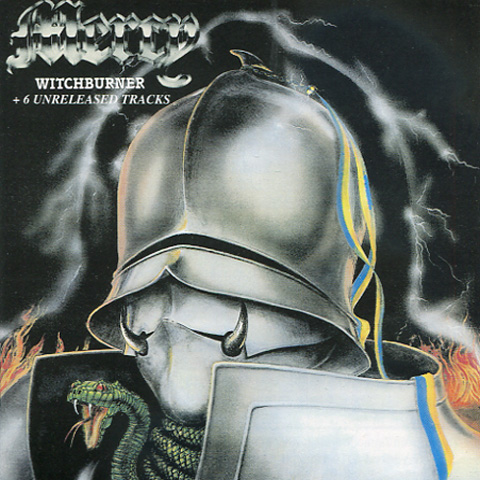 Early Swedish doom metal outfit Mercy founded by Horoscope guitarist Andrija ‘Witchking’ Veljaca. The second full length album ‘Witchburner’ from 1985 was recorded with Jorgen Horst on bass and guitar and Eddy Markulin (a.k.a. Messiah Marcolin of Candlemass fame) were handling both vocals and drums in the studio. ‘Witchburner’ is a piece of some serious headbanging 80s pre-doom. It contains elements of good ‘ol traditional heavy metal, much in the sense that Trouble’s Psalm 9 for example. Fortunately though, Witchburner isn’t at all as feel-good and light in its atmosphere as Psalm, but much more darker and depressive, and thus more doomy. Musically the album nicely contains fast and catchy yet doom-flavoured metal numbers, combined with the real deal as well. Depressing, slow riffs, with Marcolini’s semi-operatic wails hovering over. In its own right Mercy is not an incredible band, nor is Witchburner an absolute classic. But if it includes some really entertaining material and offers so much more then just the great vocals of Messiah. If you are interested in the roots of doom which run deep and diverse, this is a fine pick. This 2002 cd release includes 6 previously unreleased bonus tracks