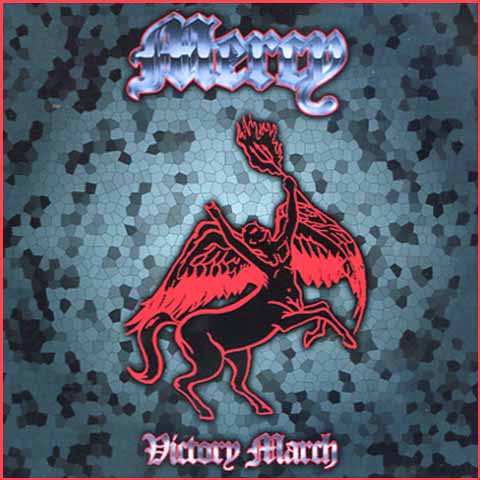 Early Swedish doom metal outfit Mercy founded by Horoscope guitarist Andrija Witchking Veljaca. Andrija had lost all band members when Eddy Markulin (a.k.a. Messiah Marcolin) went on to Candlemass after the Witchburner album. He recruited new members among them were vocalist Anders Strengberg who had released a vinyl single with the Swedish band Sacrifice. The band recorded 9 tracks for a new album, two of the tracks Bangers Of Destruction and Black Death were older unreleased tracks written by Messiah that were re-recorded with Anders on vocals. The band however didnt have any record label since there old label Fingerprints were closed down. The band werent getting anywhere but they still continued to write new songs. In 1988 Andrija decided to start his own label called Euro records to get his Mercy material out. Andrija had by this time written new songs and had several new members so the old unreleased album were shelved and a new one were recorded and released in 1989 under the name King Doom. The band split up again shortly after and Andrija put his beloved project to rest for more than 10 years. This unreleased album from 1987 was finally released in 2003 by TPL records.