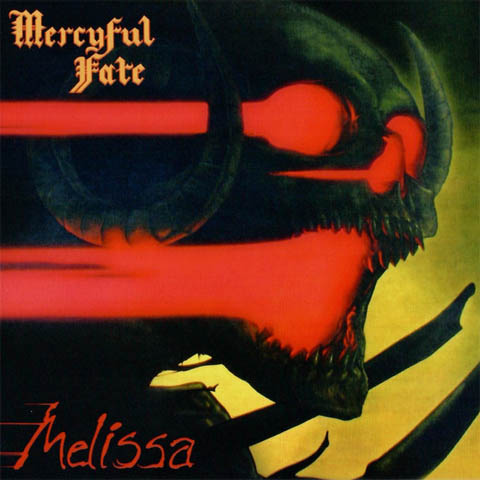 Mercyful Fate’s debut album, Melissa, took Black Sabbath’s dark occult obsessions to an extreme, fusing them with the speed and tightened, twin-guitar riffing attack of British metal bands like Judas Priest and Iron Maiden. But the band had a distinctive sound of its own, thanks to the neo-classical flourishes of guitarists Hank Shermann and Michael Denner and the unpredictable vocal leaps of King Diamond, who could jump from a deathly growl to an unearthly falsetto wail in the next line. The band was still finding itself, and some of the songs on Melissa have a tendency to move into long, meandering instrumental sections, but the basic components of Mercyful Fate’s influential European gothic black metal sound were already in place