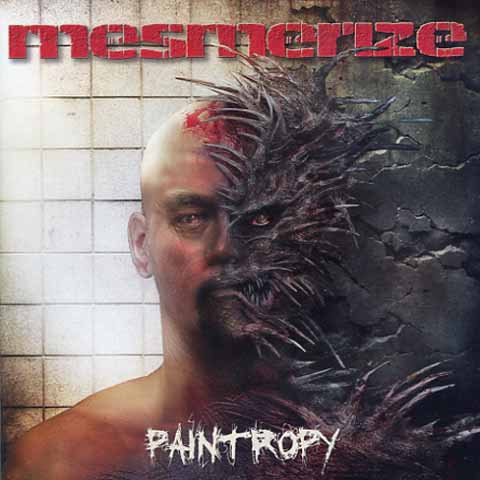 Rebranding an identity is a tactic employed by many companies, and while the reasons can be many the fact remains that there was something noticeably undesirable, or out of sync, before the change. Such a shift occurs all the time in the music industry as well and Mesmerize is yet another band to add to the list. Although it may have taken them eight years to get to this point, all their hard work has definitely paid off, and this new differentiated self is not one to simply brush off. Paintropy is a very modern sounding album, and for the Power/Heavy Metal genre Mesmerize falls under it’s an unusually but impressively dense piece of work. Right off the bat, the heavy sound of the guitars and thick production establish a claustrophobic atmosphere and the monstrous, stocky riffs go a little more distance at giving the album a decidedly masculine feel. After a couple spins, though, once the groovy melodies and aggressive Thrash lines finally settle in it becomes obvious Mesmerize isn’t just an ordinary Power Metal band anymore. Which, as far I’m concerned, is a big plus. Although their previous work gleaned a decent amount of critical acclaim, it always felt too dry and too safe for my tastes. Plus, Folco Orlandini never came off as a praiseworthy singer, but his recent about-face truly complements the musical shift in more ways than one. He is equal amounts of diversity and power, frequently changing his vocal style with enough confidence and energy to make the rhythmic transitions all the more sinuous and engaging. Even with this new direction, Mesmerize is having some fun exploring previously foreign territory and in many instances the album feels like a training course the band is going through before settling back into its own personal groove. While such fluctuation can spell trouble for many bands, Mesmerize doesn’t seem to overstep its boundaries. Whether it’s a straight forward, punchy track of Power Metal in the vein of Brainstom (It Happened Tomorrow) or a jerky, erratic style of riffing with spoken-sung vocals recalling System Of A Down (Monkey in Sunday Best), Mesmerize plays with a convincing amount of precision yet manages to avoid stepping in previously laid footprints. Part of why their music feels this fresh would have to be the energy and free spiritedness the band conveys with every power chord, each bluesy rhythm (2.0.3.6, Paintropy, Within Without), and all of the lively Thrash licks that sneak in throughout the album (Mrs. Judas and Masterplan). There is indeed a liberating breath of freedom the band exhales during Paintropy and it’s great to hear such unbridled energy from a band so late in its career. Their desire to challenge themselves and reinvent their image is most likely the other half of the equation and if Paintropy is the answer Mesmerize has given us, then I’d say they’ve aced the test.