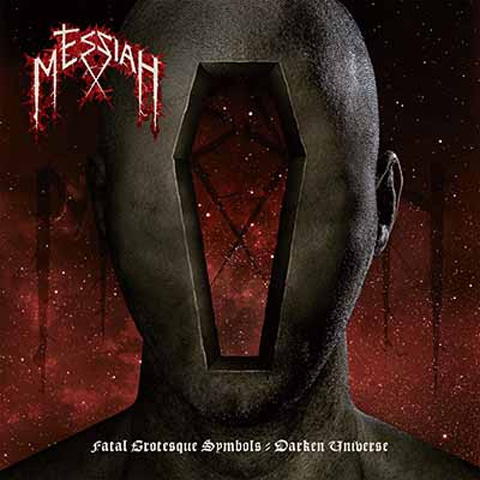 With acts such as Hellhammer/Celtic Frost and Coroner but also more obscure outfits such as Fear Of God, Excruciation or Infected Switzerland has always been a fertile breeding ground for Extreme Metal. Messiah were formed in 1984 and issued two truly ground breaking records on Chainsaw Murder Records, Hymn To Abramelin in 1986 and Extreme Cold Weather a year later. In the early 1990s Messiah signed to Karl Walterbach’s Noise Records label and issued three more full-length albums: Choir Of Horrors (1991), Rotten Perish (1992) and Underground (1994).A few years back Messiah decided to reform in the original line-up of their Noise Records albums with Andy Kaina on vocals, Steve Karrer on drums, Patrick Hersche on bass and band founder Brögi on guitar. The band’s original aim was to just have some fun and play sporadic live gigs for their dedicated fan base in Switzerland. 26 years after the last studio album Messiah released the successor to their Underground record from 1994, the album was called Fracmont. But just prior to that release the band decided to release this 3-track mini album containing three songs not to be found on the album. It contains re-recorded versions of Space Invaders from the band’s 1986 debut album Hymn To Abramelin as well as the title track of the second album Extreme Cold Weather (from 1987). The title track of the EP is called Fatal Grotesque Symbols – Darken Universe, of which main man and guitarist Brögi says: The new song won’t be on the album. It does fit in very well with the re-recordings of the two old tunes. Fatal Grotesque Symbols – Darken Universe sounds pretty much like old school Messiah. Even my solo part goes back to the very early days of the band as it is quite chaotic. The lyrics for the song are really old, I did write them for a different project though. Our singer Andy Kaina re-arranged the text and now the whole song is a full-blown Messiah tune.