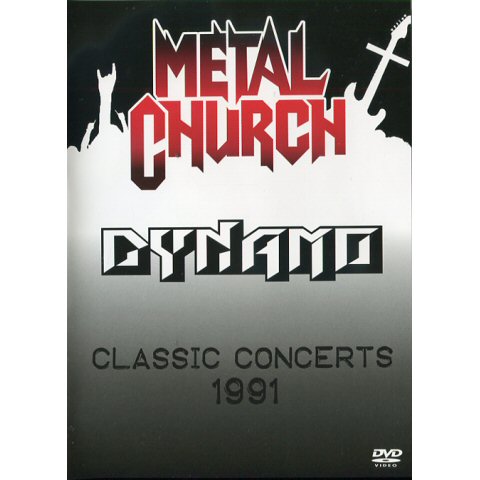 Metal Church, one of the most underrated, underappreciated bands of all time, recorded live during their prime at the Dynamo Festival in Europe. The band is totally on their game, playing mainly tunes from the first two Mike Howe albums, but mixing in a few tracks from their first two classic albums (which featured the late David Wayne on vocals). The audio and video quality of this disc, it’s pretty good, but isn’t going to blow anyone away. The audio is as good as can be expected from an outdoor show that probably wasn’t recorded on the fanciest equipment. The video is fine and the show predates the ridiculous trend of hyperactive editing that plagues a lot of concert dvds. It’s a multi-camera shoot, but each shot lingers long enough for you to enjoy what’s going on. There are no extra features, but that’s not such a big deal. The fact that such a rare, obscure show was released at all is wonderful. It’s a total no-brainer for Metal Church fans — you should definitely have this in your collection. And, frankly, any fan of classic metal who’s interested in discovering a hall-of-fame-quality band that he might have missed should check it out too.