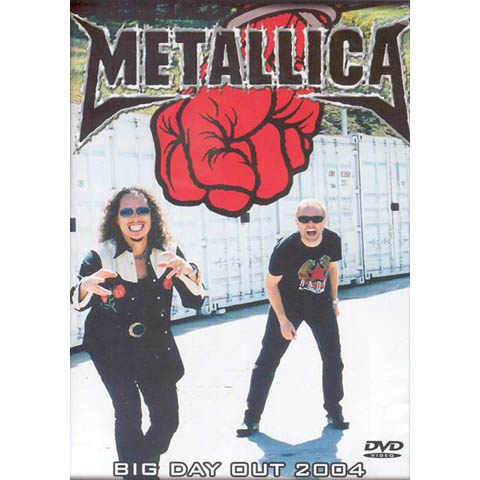 Reduced price due to dvd having small surface marks

The Big Day Out Festival began in 1992 in Sydney and has expanded to include several Australian venues as well as Auckland, New Zealand. Each year, the line-up of artists changes, generally maintaining rock as the focus, but also featuring hip-hop, electronica and blues and roots artists. Over the years, utnil the last festival in 2014, it grew to become the biggest music event in the OZ countries. Metallica performed the Big Day Out festivals in 2004. The cities the festival took place in 2004 was Sydney, Melbourne, Perth, Adelaide, Gold Coast and Auckland. This dvd features live and interviews from the bands first two shows, Sydney on the 23rd of January and Melbourne on the 25th. With Black Eyed Peas, The Darkness, the Strokes and Muse joining Metallica – plus locals such as the D4, Datsuns, Mareko and others – this was one of the strongest and most diverse line-ups for years. These Big Day Out dates were part of Metallica’s Madly In Anger With The World Tour and the Sydney show took place at the Sydney Showground. One of the biggest roar of the evenings actually took place before the show started when all the metal heads cheered like never before when The Stokes announced ‘This is our last song’. Metallica opening their Big Day Out sets with Blackened and the mosh pit went fucking bananas and probably half the people in there noped the fuck out straight away. No matter how many bands there had been earlier that day it was quite obvious that it was Metallica what most had come for. An amazing night