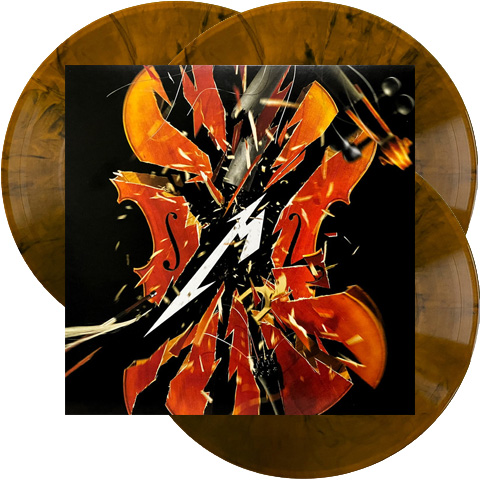 The shows, the first events held at San Francisco’s new Chase Center, were a reprise of Metallica’s 1999 collaboration with the orchestra. A concert film was screened in theaters a month after the September 2019 shows. Metallica and San Francisco Symphony: S&M2’s video includes an all-new edit made by Joe Hutching, who worked with Metallica on their 2013 Through The Never project. Identical set lists were performed both nights, opening with the symphony performing Metallica’s traditional walk-on music, Ennio Morricone’s The Ecstasy Of Gold, before moving on to a collection of songs from Metallica’s catalog. After intermission, the orchestra was again alone on the stage, performing Prokofiev’s Scythian Suite, Op.20, Second Movement, which was followed by a performance of Alexander Mosolov’s The Iron Foundry with Metallica. One of the biggest surprises of the night came from the San Francisco Symphony’s principle bassist, Scott Pingel, who performed (Anesthesia) Pulling Teeth as a tribute to Metallica’s late bassist Cliff Burton. Shortly after the concerts, Pingel said that he had grown up playing hard rock on bass guitar before eventually switching to upright bass and classical music while in college. I remember sitting in my house, listening to the Kill ‘Em All album, and hearing that solo, he said. It was such a cool sound, particularly the way [Burton] used the effects. I had no idea whatsoever how he did it. I had no idea about effects pedals, but I loved it. I never really explored how to do it until a few months ago. Pingel mentioned the idea to conductor Thomas, who was in favor of it. But Metallica wanted to hear the arrangement before giving their approval, so Pingel went to the band’s headquarters to perform for them with cameras rolling. I played it, and it was so wonderful because they all just cheered after I finished, Pingel remembered. It was really moving for me, because Kirk [Hammett] said, ‘Man, Cliff would have loved that!’ That was so meaningful to me, to hear that from one of his buddies. That really meant a lot.”