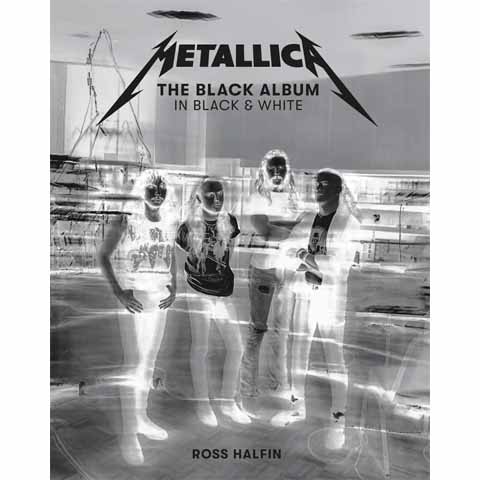 Metallica -The Black Album In Black And White book

The black album in black and white is an authoritative portrait of the best selling metal classic with unseen photographs from the recording sessions and tours. This is a huge coffe table book with black and white photos from Ross Halfin and the photos feels as big and imposing as the Metallica sound. Mr Halfin has been pretty much an ever present since 1984. Who can forget that session he did with the Chinese takeaway strewn all over the kitchen table! Thankfully he wasn’t around too much during the Load – St Anger period where the band lost their way image wise by trying to be something they simply weren’t despite Lars and Kirk trying to pretend otherwise. As a celebration to the 30th anniversary of Black album its a damn fine piece