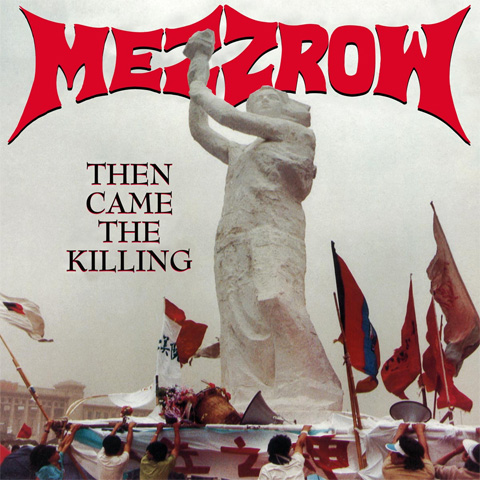 Mezzrow -Then Came The Killing dcd

If you were around when the first wave of Thrash arrived during the mid 80’s then you remember how we all walked around in dirty white Nike shoes, stretch jeans and wore our Slayer and Testament shirts till they were in tatters. And all our money went to cheap alcohol and most important was to save money to buy our band’s latest albums. Mezzrow was the closest thing Sweden ever came to produce a Bay Area thrash metal album and their one and only album Then Came The Killing was all about the vocals and the riffs. Singer Uffe Pettersson had a nice aggressive edge to his voice and the guitar sound was reasonably clean and easy to decipher but without sacrificing any heaviness. The band even look right, opting for the accepted late 80’s Thrash uniform of ultra-long hair, ripped and faded jeans, leather motorcycle jacket and high top sneakers. This 2022 re-issue features this classic album as well as one bonus cd with all the demos the band recorded beside their studio album. The material here is an exhibit of everything reliable and satisfying in Thrash Metal.