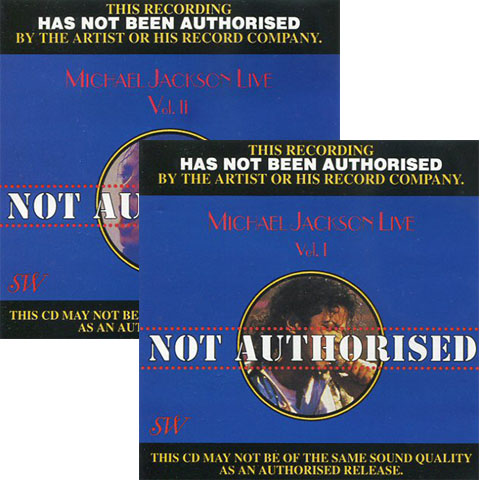 In the early 90s a record label/pressing plant in Findon of South Australia thought they had found a way or actually did find a way to avoid the copyright laws and under record labels like SW, Banana, Grapefruit, Palomino and Joker they released a couple of hundred cds and a few cassettes, most of them during 1993 and 1994, featuring rare recordings of major artists with very little information on the covers. Most of these features cover artwork that says: ‘this is an unauthorised, unlicensed or unapproved recording of..’. and these recordings were sold officially in record stores in Australia at the time. There are as i said mostly no information from where these recordings come from. The titles are mostly just live, live vol.1, live vol.2 etc. Band, management or record label approved recordings done by radio and tv stations all over the world has in many cases been a tough fight for artists to gain the rights too. This is a battle that still goes on and for example we had the Masterplan label that during 2003 and 2009 released live dvds with TV recordings of major bands and distributed it through many major European distributors as official products. Now many radio archives are looted from rare recordings to be released on vinyl by an English record label. Other labels that exploited loopholes in the copyright laws during the late 1980s and early 1990s were Imtrat and LSD company with their Live Usa cd series. By writing Live in Usa (even though there are several recordings that collectors can prove arent recorded in America at all) it fell outside of the neighbouring rights in the Berne Convention and The Rome Convention. Rumours of radio material being sold to Denmark and then re-imported back to Germany to avoid the neighbouring rights have been told and both Phil Collins and Cliff Richard/EMI sued Imtrat. Though in Collins case he didnt won the case since he was an English artist and not a German artist at the time it still created a wave of questions and the protection of copyright and neighbouring rights increased on the 1st of January 1995. Maybe these law loopholes still are questionable since new labels seems to pops up all the time to manufacture and release items like this. This is Michael Jackson recorded live