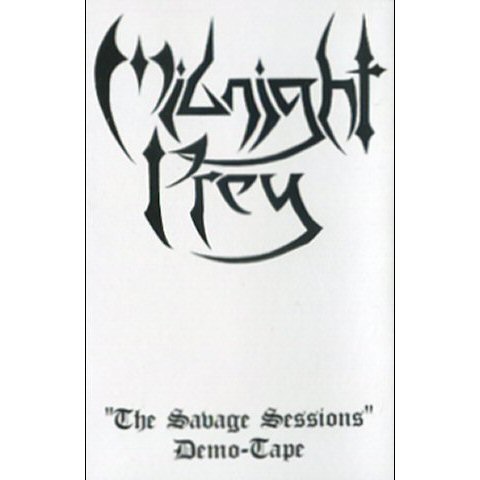 When Midnight Prey was founded in 2013 the members had known each other for two more years since the age of 16-18, already having a bit of rehearsal and live experience together and apart. From Venom to Frank Zappa, from Roxy Music to Bolt Thrower, from Rory Gallagher to Black Flag – almost nothing was taboo on their record players. Growing up together sharing their love for good handmade music of all kinds of varieties, they played their way through Germany’s underground heavy metal stages and released a demo on tape called The Savage Sessions in 2013 that had been recorded at the Graubau Studios in Karlsruhe earlier that year. Honest rock music played on real instruments: this is Midnight Prey. In a feral-yet-atmospheric way, this German three-piece play an honest and powerful old-school kind of sound, anchored in the darkness. Just like it sounded in Germany back in 1983. Three songs of wild high speed heavy metal. None of these tracks would show up on the bands debut album, Uncertain Times, in 2019.