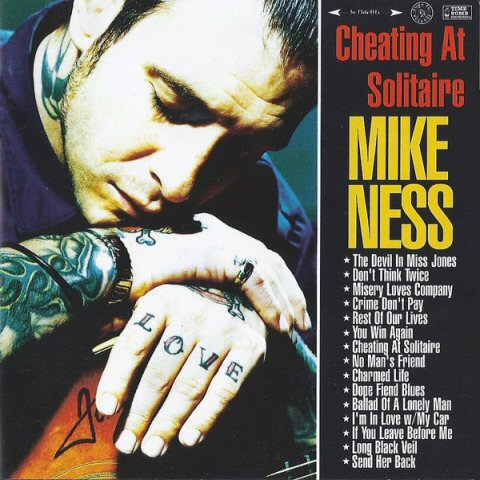 In one sense, it seems a little strange that Mike Ness would choose to record a solo album since he always appeared to be the driving force behind Social Distortion. On the other hand, Social Distortion is a full-fledged rock band, which means they’re a democracy — and that might have gotten a little constricting after nearly 20 years in the same outfit. Hence, Ness decided to take a solo detour in 1999 with Cheating at Solitaire. The title slyly hints at the fact that he didn’t do this alone, and there are a stunning array of guests on the album, including contributions from Brian Setzer, Bruce Springsteen, and members of the Royal Crown Revue. Even if the record is loaded with cameos, it remains very much the work of Mike Ness, emphasizing his love of American roots music. Sure, there’s hard, punky rock & roll on the record, but things get really interesting when he goes for straight country, blues, rockabilly, and folk. He’s dabbled with these genres before, but he’s never quite been as straightforward as this, nor has he been as successful. Occasionally, it may sound like he’s tackling too much at once, but that’s refreshing in a time when most rockers are playing it safe. And that is certainly one thing Cheating At Solitaire never does.