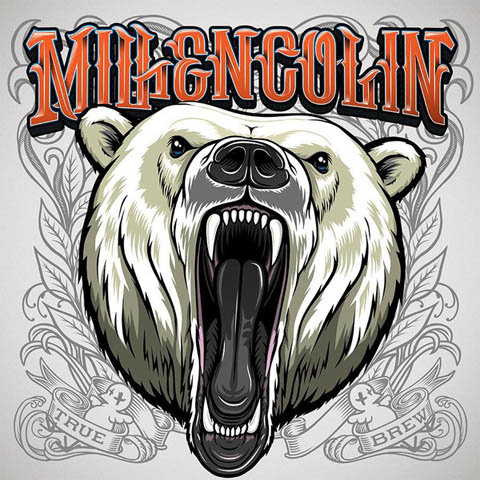 Swedish punk outfit Millencolin’s presence in the U.S. is mostly relegated to a specific time, namely the skatepunk scene of the late 90s/early 2000s, but the band has been cranking out high-quality, Bad Religion-inspired pit anthems since the early 90s, and the Epitaph-issued True Brew, their eighth studio album and first collection of new material in seven years, is a near-perfect distillation of knee-scraping skate rock and melodic, blue-collar punk-pop. In a genre saturated by nasally, emo-heavy metalcore, it’s a real joy to hear old-school, no-frills, D.I.Y. punk rock done with such emotional evenhandedness and melodic craftsmanship. It’s political without being preachy, sentimental without coming off as nostalgic, and ballsy without catering to the lowest common denominator. Standout cuts like Wall of Doubt, Chameleon, Something I Would Die For, and Egocentric Man satisfy through a winning blend of precision, melody, and might. It’s the same kind of punchy yet not too over-produced approach that made Against Me!’s White Crosses’ best moments really hit home, and Millencolin are at their most dialed-in when they’re digging in and gunning for the big chorus, which they do throughout the album’s just under half-hour running time. With 23 years and now eight albums behind them, Millencolin are no doubt a tad older and wiser, but even bereft of any of that context, True Brew manages to sound refreshingly vital, which is more than can be said about many of their contemporaries.