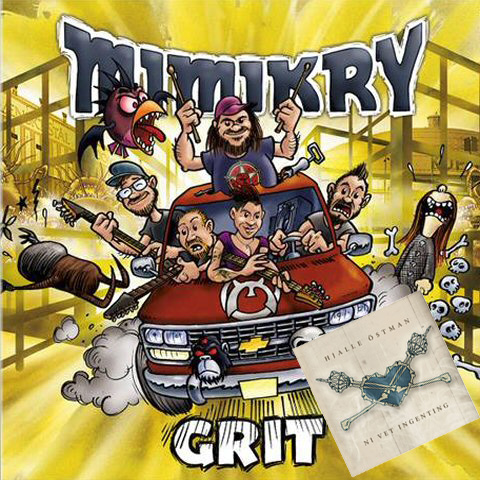 2017 became an intensive and fun year for Mimikry. It became the year when the band tested something new; to release a single and video every month. Instead of recording 12-14 songs and then releasing an album when all was donel, they opted to record some a few songs at a time and then release a single. The final songs was done in December of 2017 and now you can hear all these tracks from 2017 together on this 2018 album, Grit. Cover artwork was done by comic artist Jonas Darnell, who is famous for among others, Herman Hedning.