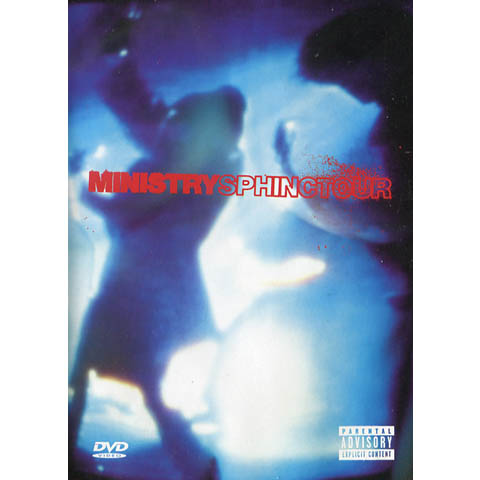 It has often been said that Ministry, more than anyone, made industrial music safe for headbangers. Thanks to Al Jourgensen and his Chicago colleagues, many Iron Maiden, Metallica, and Judas Priest fans started listening to industrial. Some of the headbangers who were turned on to industrial by Jourgensen’s outfit only became casual industrial fans; the luckiest converts, however, went on to experience the brutal pleasures of Throbbing Gristle, Skinny Puppy, Front Line Assembly, and Einstürdenze Neubauten. But while Ministry certainly opened doors, there are some industrial purists who feel that the band became too metal along the way — and those are the people who may have a hard time appreciating Sphinctour. A collection of live performances from 1996, Sphinctour emphasizes material from Filth Pig and the excellent Psalm 69. Neither of those studio albums catered to industrial purists; both are for people who like their industrial laced with a huge dose of alternative metal, and the same goes for Sphinctour. From “Scarecrow,” “N.W.O.,” and “Crumb” to “Just One Fix,” this CD is extremely headbanger-friendly. And while that will inevitably offend some industrial purists — who would be better off sticking to classic Skinny Puppy and Throbbing Gristle recordings of the ’80s — it is good news if you like industrial at its most metal-minded. Some listeners will complain about the absence of “Jesus Built My Hot Rod” and longtime fans may argue that Sphinctour, by placing so much emphasis on songs from Psalm 69 and Filth Pig, doesn’t paint as well-rounded a picture of Ministry as it should. Those are valid complaints, but all things considered, Sphinctour is an exciting, if imperfect, document of Ministry’s 1996 tour.