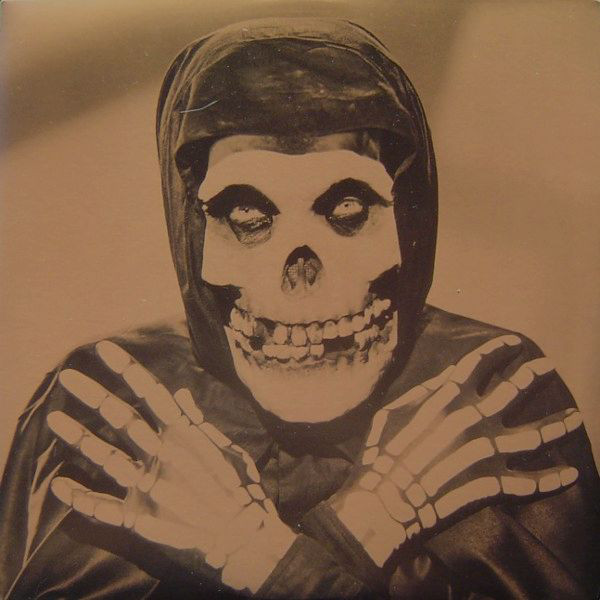 Along with Legacy of Brutality and The Misfits, here’s another pretty damn indispensable non-LP collection of these late-’70s/early-’80s punk legends from New Jersey, America’s answer to the early Damned with a better singer and more consistent songwriting. As much as the belated Walk Among Us was a great album, it was always their string of earlier stunning 7″ singles that everyone wanted to hear. Here are those red-hot tracks from those singles, with the exception of what already appeared on the two earlier collections. Finally, here’s the other half of the classic four-song Bullet EP, of which the opening “We Are 138” still sounds as fundamentally whacked and nasty as ever. Best of all is the British Beware mini-LP rarity “Last Caress” (yeah, the one that Metallica covered, only with Glenn Danzig singing it 75 times better and 75 times as evil, and the Misfits are much more scratchy and raunchy), plus the band’s finest (guitarist) Bobby Steele-era B-side, “Children in Heat,” from the Night of the Living Dead 7″. Plus, from the later Doyle era, a flip from “London Dungeon,” both sides of the “Halloween” single (of which the demonic B-side “Halloween II” still sends horror movie chills up the spine), more vastly superior original recordings of Walk Among Us material, a few more unreleased cuts (here, the guitar update on the first single “Cough/Cool” is a massive vault find, more truly frightening moments, and “Return of the Fly” is bad-tempered cool), a couple of passable tracks from their final thrash days (not great but better than remembered from their disappointing Earth A.D. swan song), and it’s over.