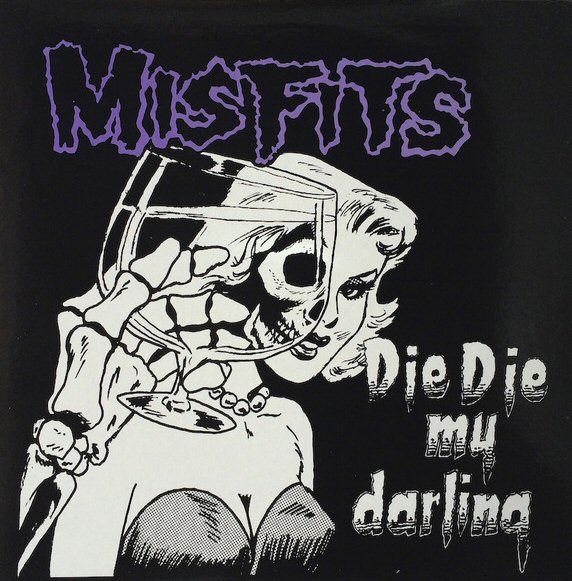 The Die, Die My Darling single was Misfits sixth single and it was released on Glenn Danzigs own Plan 9 records label in May of 1984 (seven months after the band had broke up in October of 1983). The song is titled after the 1965 hammer horror film Fanatic, which had been released in the United States under the title Die! Die! My Darling! The cover of the single is derived from the cover of the September 1953 issue of the comic book Chamber of Chills. The back cover artwork was created by artist Pushead. The title track was recorded in August 1981 during sessions for Walk Among Us, but was not included on the album. We Bite and Mommy, Can I Go Out and Kill Tonight were recorded in a different session in October 1982.

Track listing:
1. Die Die My Darling
2. We Bite
3. Mommy Can I Go Out And Kill Tonight