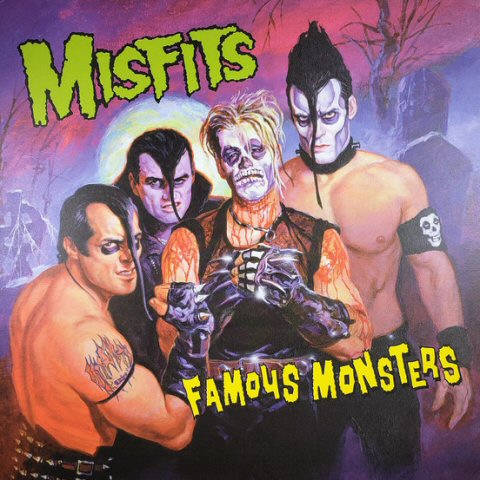 Though some would say that the Misfits just aren’t the Misfits without the fiendish Glenn Danzig fronting them, Famous Monsters (titled after the famous American horror magazine) seems to indicate otherwise. If you’re expecting the new Misfits, with Michael Graves taking over for Danzig, to pick up where they left off when Danzig split to form his own band in the early ’80s, you don’t exactly get that either. The core of the band remains in tact, and consequently so does the Misfits’ distinctive gothic punk-pop sound, but it has been beefed up with heavier, more metallic guitars and a booming production that makes old Misfits records sound positively primitive (which, of course, was part of their appeal). But the songs, those hypercatchy tales of twisted lunacy, are still as horror-fixated, infectious, and fun as ever. And though the Misfits’ image–the ghoulish face paint and “devil’s lock” haircuts–and gothic stage show first brought them notoriety, it’s their Halloween-inspired anthems that remain their true calling card and Famous Monster has plenty to add to that legacy. In short Famous Monsters is a great album and the band sounds so much tighter than in the past.