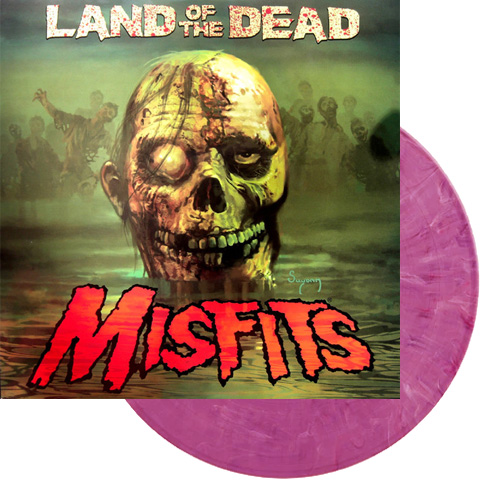 Misfits Land Of The Dead from 2011 are the first original songs with Jerry Only on vocals, there have been other recordings before but then it was only cover tunes, like the 1950’s Project. Comparing this to previous Misfits releases it probably most closely resembles Project 1950, and not just because of Jerry’s vocals. It isn’t rippingly heavy and fast like the bulk of Famous Monsters, nor is it in the same vein as American Psycho, though it is closer to that. It IS, in fact, reminiscent of some very old Misfits material, the more 50’s-era-sounding stuff of Static Age and various singles. Hence, take some Static Age, mix it with the pop sensiblities of American Psycho, and give it the sound of Project 1950’s, and you’ve probably got these 2 songs.